My plan was to create two virtual machines that would mostly lay dormant, and install SQL Server Express on both of them. One of them would be my test environment, and one would be my live environment, with my local machine acting as development. I started googling “virtual machine windows 10” and following the Hyper-V application notes (Microsoft Documentation).

First, I needed to create an .iso file: Microsoft Documentation

I didn’t need a USB, but I simply ran the tool and selected “Create an .iso file”. Then I waited 30 minutes for it to download. Once it was done, I used that .iso for Hyper-V. I named it “SQL Test Server”. It seemed to work - I connected and opened it. But then “The boot loader failed” 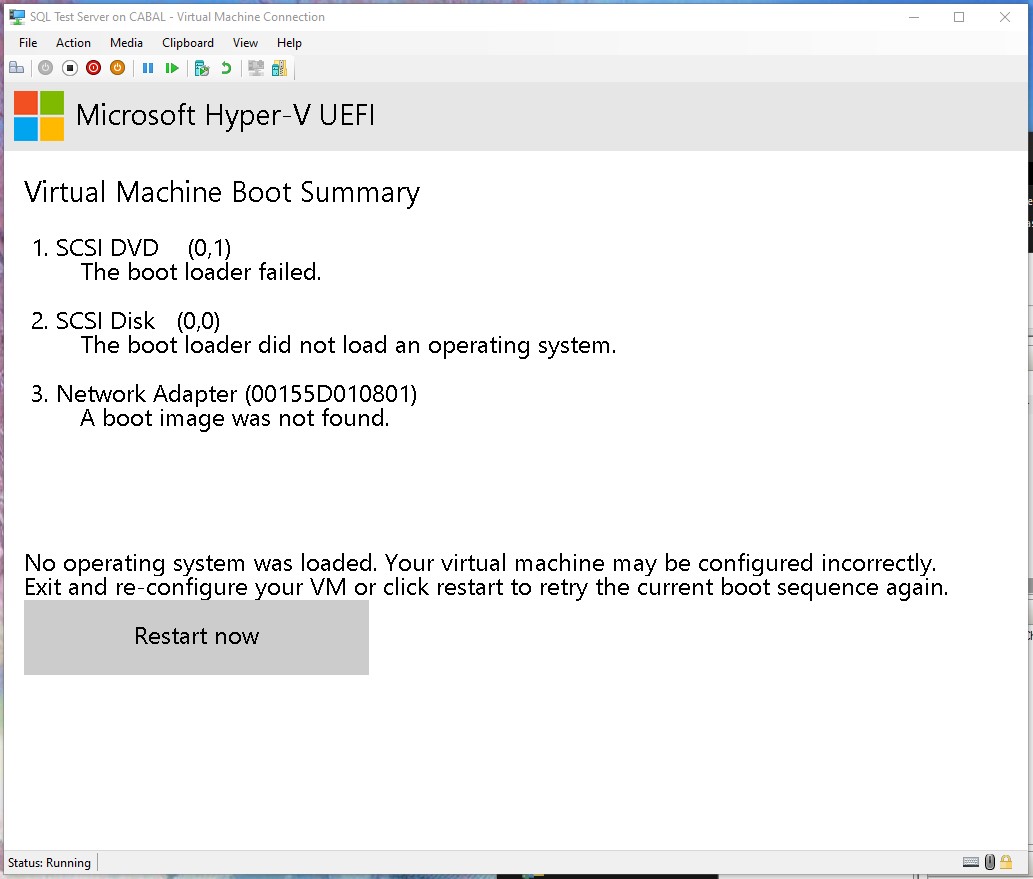 Maybe I should just create multiple SQL Server instances on my machine? I tried googling this error and got lost very quickly.

Alright, let’s just install more instances of SQL Server on my desktop. I followed these steps (I already had one instance installed): 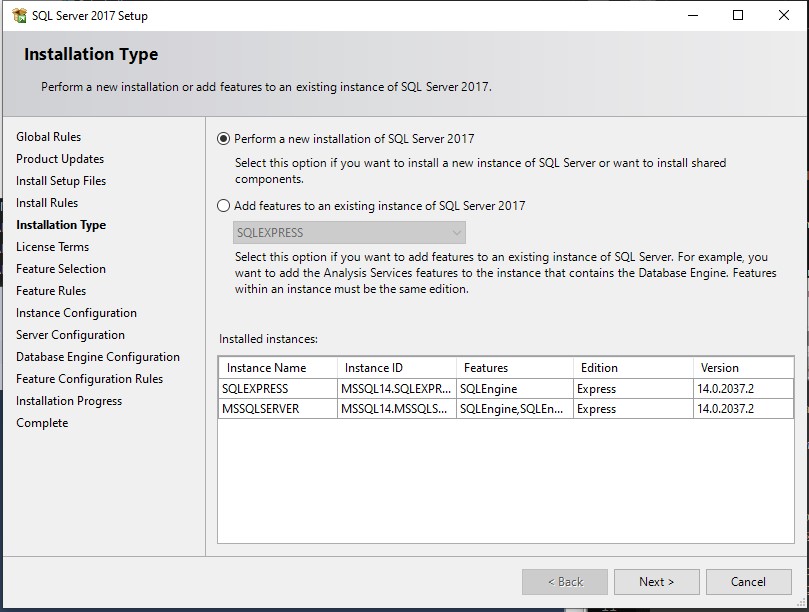 I can now connect to all three in SSMS by going to CABAL\Test, CABAL\Dev, or CABAL\SQLEXPRESS (this was my default one).

Alright, I think that’s step 1 done. Next is getting the databases set up across the instances and signing up for TeamCity and Octopus.